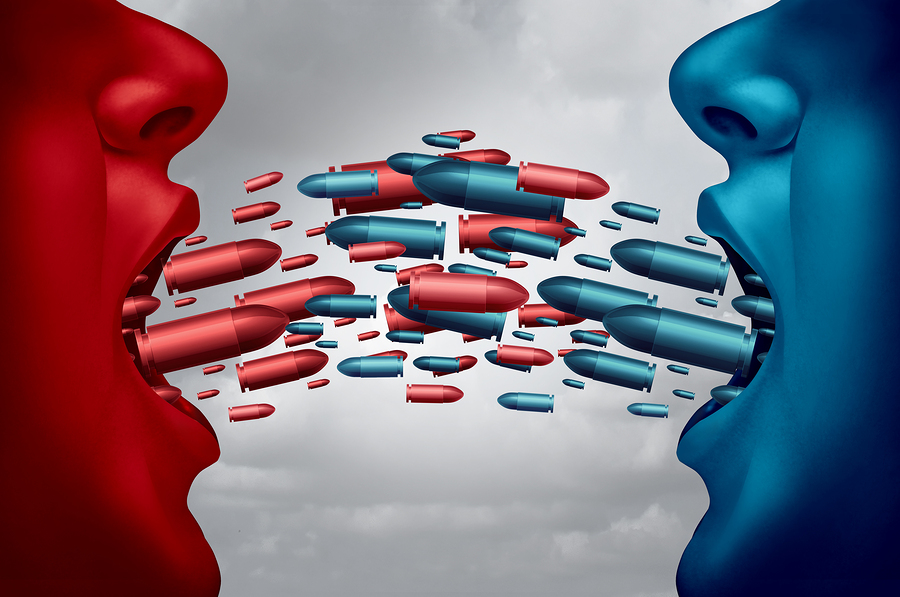 When people are happy and satisfied, they put their head down and mind their own business. When large groups are outraged, they tend to avert their attention elsewhere.

You can look throughout history and find examples of people using outrage and divisiveness to pit groups against each other for their own benefits. Once the mob mentality kicks in, you get to the point where normal people remain members of groups that become more and more extreme. Silently, large groups turn a blind eye to increasingly bigoted, hateful and nefarious activities within their own group. Eventually, a new normal is accepted where folks literally hate each other to the level that nearly any action is justifiable.

If you look at WWII, it got so bad that the best minds in the world could only find a way back to some semblance of normal via the atom bomb. When the dust cleared, people were so happy to return back to normal life that they hardly spoke a word, as the worlds resources and power were quietly redistributed. Certainly the world changed, and a select few profited greatly.

The real question is: Is this just a pattern humanity is destined to repeat? Or are there really forces at work, willing to go to any length to achieve their goals?

In the end, I’m not sure it matters. Who wants to continue the patterns of divisiveness, hate, lawlessness, war, and death?

Of course, that’s a long leap from starting with a correlation of Trump’s and Obama’s approval numbers.. but I see a lot more than that. On social media, at least, I’ve seen political and even sports differences descend into areas I thought I’d never see socially accepted. Where society is concerned, it sure seems that we’re drifting in a direction where all sides are willing to do more and more outrageous things in the name of their cause.

It may be an oversimplification, but the best way I can describe all of this is just saying that society is becoming increasingly evil. I want us to all start moving back the other direction, but I’m afraid it’ll have to get worse before it gets better. I just hope it doesn’t descend so far that something like an atom bomb starts looking good in comparison.