swiss replica watches
Home › Joe Love › This one time, at the VMA awards… 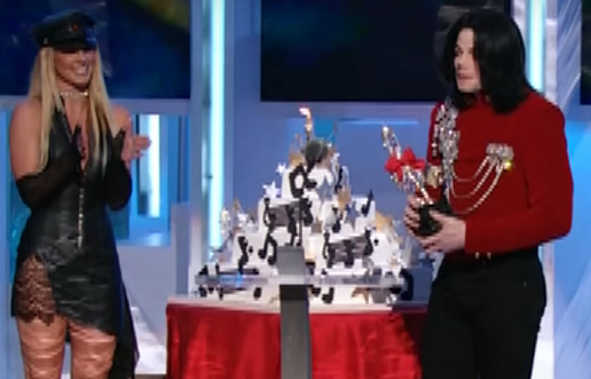 Jackson takes the stage, and apparently misunderstood what was going on. He thought they were giving him some new “Artist of the Millennium” award. The birthday cake on stage had a cake topper of a treble clef, with another topper sitting next to it a bow on it. It actually did look like some kind of award.

Jackson picks up the cake topper gave an entire acceptance speech, when they were just wishing him a happy birthday. Dang, I’ll bet that was embarrassing. Funny to watch though.