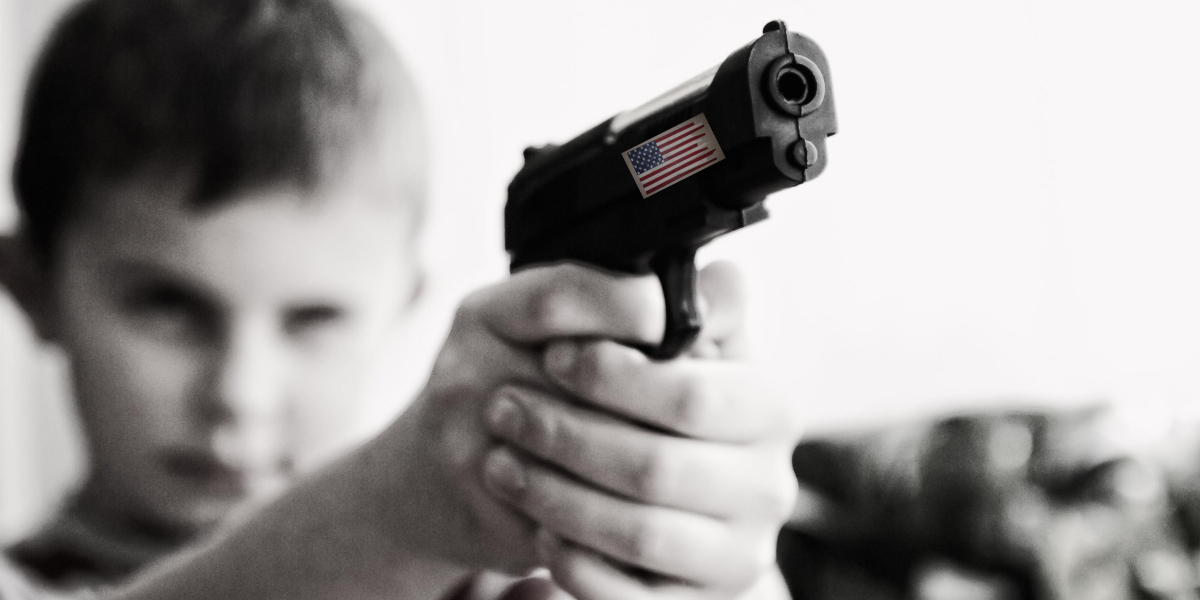 Jeffrey Dahmer, a mentally deranged man, killed 17 people before being caught. He killed his victims with dumbbells, ropes, his bare hands, sleeping pills, vats of acid, knives, sheets, handcuffs, injecting hydrochloric acid into the brain, a belt, and other items. He never needed a gun, just a demented mind and a will to carry out the most evil of deeds. Timothy McVeigh, another deranged man, killed 168 people, including 19 children and injured about 500 other people. He killed the victims using 4 50 pound bags of fertilizer and diesel fuel. He had a Glock 21 on him, but didn’t use it. In 2014, a group of 8 men killed 35 people and injured 143 others in China, where gun and weapon laws are among the strictest in the world. Others have poisoned salad bars, sent ricin or bombs in the mail. Jim Jones forced 916 people to drink poison and killed them all in 1 day.

The world is full of evil. Evil is a very real, but intangible thing. Evil is not a person that you can lock up, nor is it item you can destroy. Evil, however, is a thing that you can participate in or be hurt by. Evil is freely available to any of us, in doses both large and small. People like Jeffrey Dahmer lived their lives on a steady diet of Evil, starting with things that seemed innocuous, like a growing diet of pornography– and it ended in his death, and the deaths of many others. Timothy McVeigh let hate for a few individuals cloud his mind so much that he didn’t care who he killed, the evil in him just needed to kill. This isn’t a new problem, however, it’s getting worse. It’s getting worse because America, in more recent years, has lost what I call a common social morality. There was a time when, even though we tolerated it to some extent, the average American knew evil when they saw it. Lawlessness, drunkenness, sexual promiscuity, lewdness, and even things that could lead to such things, were viewed as evil. Today, however, we’ve lost sight of evil. Sure, someone can see a school shooting and call that evil, however, behaviors that lead up to such things go largely unnoticed. Most people would not call these behaviors evil. Lying, cheating, manipulating other people, being rude, lust and turning people into sex objects: None of that causes people to be concerned. Many years ago, the average person in the USA believed that these sins paid off in death, and thus had a strong incentive to avoid them.

From what I observe, I see a world where nearly every form of evil is not only permitted, but justified. Evil is almost never discouraged. In fact, we’re taught (directly or indirectly) that confronting evil is none of our business. When we see someone we know with dozens of sexual partners, we just laugh it off, or ignore it. All the while we all absolutely know the consequences that arise from such behavior, and we know that the fix isn’t a condom or an abortion. We know that those things do not end well. They end in heartbreak, loneliness, sickness, hard times, hard choices, and mental duress. Those situations can grow worse as you go along, and can lead to feelings of worthlessness, and can give a person the idea that they’ve got “nothing to lose”. The whole thing from beginning to end was evil.. not the person, but the spirit behind those actions.

I’m reminded of a time I went to Vegas when I was young. I got into the habit of “gambling to pay for my meals.”. I’d go to a $1 blackjack table and bet $1. If I lost, I’d bet $2, if I lost again, I’d bet $4, and so on, doubling the bet every time, until I finally won. Every time I won, I gained $1 towards my meal. I’m pretty good at math, and I knew full well that this strategy could balloon out of control, but I really didn’t believe it’d actually happen. But one morning, I found myself needing to cough up $512 to continue trying to “pay for breakfast”. Luckily for me, I stopped there.. but it was absolutely amazing to realize me how using that strategy could work out, day after day, and then all of the sudden, I was in way over my head (was a lot of money at the time). I often look back on that experience and I can relate that to many other more broad things. Many of us know wrong when we see it, but we tell ourselves “it’s not that bad”, “it’s not going to happen today”, “we’ll stop before it gets out of hand”.. until it’s out of hand and we have no recourse.

I’ve realized that it’s not the gun that’s evil. It’s not the playing cards that are evil. It’s not the sex that is evil. Even the alcohol isn’t evil. The evil comes when we choose to make decisions that we know are wrong, and allow ourselves to get away with it. We let our friends do things that we know are both wrong and destructive (even though we cannot see to what extent), and we remain silent, “hoping for the best” when we know better. We watch our children spend hours online, knowing the dangers, and watching their attitudes gradually shift in a bad direction. We watch our children in decline and we tell ourselves that we’re doing the right thing by staying out of it.

That all sounds bad and preachy, and I’m sorry, but there is something even more important. Evil’s antidote exists. Evil is overcome by good. Good doesn’t just happen though.. it requires action. Putting the good into our children is an active process, and for our children to put good out into the world, it requires them to take action. Evil is an everyday thing, a constantly available thing– right at our finger tips. If we don’t constantly practice “good”, the evil will creep in. With the internet, evil can creep in any day at any time. When we see our friends and our kids in decline, we’ve got to get them grounded in the real world– and we’ve got to mentor them, walk with them in doing good. We’ve got to take them to the soup kitchen, go mow the lawn for the neighbor, volunteer at church.. and do it often. That good has to be in there, and has to be a long-established pattern.

If you read through the Bible (even if you don’t believe it’s true), you’ll see an Old Testament full of rules and restrictions. It seems as though every conceivable evil action was “banned”, many of them with severe punishments up to death. Those rules alone, no matter how strictly enforced, did not cause the people at the time to abstain from evil– it proliferated, and the effects from that evil endured for generations– despite a group of people adopting really strict set of rules, strictly enforced by their government and leaders. The New Testament goes on to show that Old Testament rules did not destoy the eveil, but revealed evil within us. The New Testament showed that evil is overcome through relationship, and through an absolute commitment to pursue good and abandon evil. In other words, you cannot just take the evil away, you have to replace it with good.

I don’t believe for a second that changing any of our rules for guns, abortions, sexuality, drugs, or anything else is going to defeat evil, nor will it avoid the consequences. Even if people followed the rules (which they won’t), we would just discover another side of evil we’ve yet failed to recognize. As a society, we’ve got to start addressing our moral failures, and we’ve got to start raising generations that are full of goodness. We’ve got to raise kind, loving, patient and humble kids. When we see our kids being self-absorbed, hateful, impatient, and entitled– we’ve got to take that as a sign that we’re not putting enough good into them. It may sound tough, but we don’t want to see another grandma shot in the face or more kids die before we think “hmm.. maybe I should have done something sooner”. I know that for some of you, the connections I’m drawing may seem far fetched. Can evil grow from just being rude one day to being a mass murderer the next? I believe that evil will continue to grow worse if we don’t confront it with good at every turn.

I urge you to pray, meditate and fast. Consider these things. Consider the people around you– and take action. Pour out some good in to those around you and persuade them to join you. In doing so, you’ll pursue good yourself and further drive out evil.

I couldn’t end this without telling you where the true source of good comes from. All the good we could ever do is summed up in the word “love”. The Bible tells us that God IS love.

1 Corinthians 13:4-8 says “Love is patient, love is kind. It does not envy, it does not boast, it is not proud. It does not dishonor others, it is not self-seeking, it is not easily angered, it keeps no record of wrongs. Love does not delight in evil but rejoices with the truth. It always protects, always trusts, always hopes, always perseveres. Love never fails.”

If you don’t know God, I urge you to at least start pursuing good and rejecting evil. I believe that if you actually devote your heart to that, you’ll find that all goodness emanates from love– and that love is actually God himself. I don’t believe that I need to convince you of that, your heart will lead you there. I just hope that recent events can serve to put a spotlight on not only the evil in this world, but the good and love that is so lacking. I hope that one person somewhere will read this and at least become curious about God and his son Jesus. If that happens and you want to reach out for any reason, feel free to do so. Thanks and God bless.